Ellen came to the point in her creative journey with The Princess of the Graveyard Palace where she realised she wanted to be more involved with the staging aspects of the show.  After much deliberation, Ellen talked it through with key memebers of the production team, and found support for the idea.  The tough decision had to come where she gave up her part in the play and recast it so she could concentrate more on learning the directorial aspects and skills of bringing a production to life.

The Arts Council got behind this idea and allocated part of the second tranch of the grant for Ellen to shadow several directors in ther rehearsals.

As stylised movement and dance is a major element of The Princess of teh Graveyard Palace, the first shadowing ws a day at the Trinity Laban on Sunday 27th April observing workshops and performance with Magpie Dance and CandoCo Dance Company

One of the workshops was themed on  William Golding’s Lord of the Flies.  Ellen was quick to pick up that the themes explored of abandonment and hierarchy ran through The Princess of the Grayard Palace and took notes.

The afternoon consisted of a technical rehearsal, and dress rehearsal in preparation for a public show in the evening.  Ellen quickly stepped out of viewing the events from an actors point of view and made more directorial observations and notes on the effect of staging positions, lighting and sound.

Ellen was greatly impressed by the discipline and professionalism of the dance groups and the high level of performance. 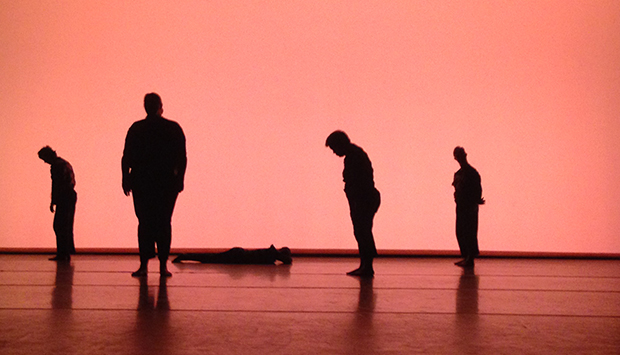